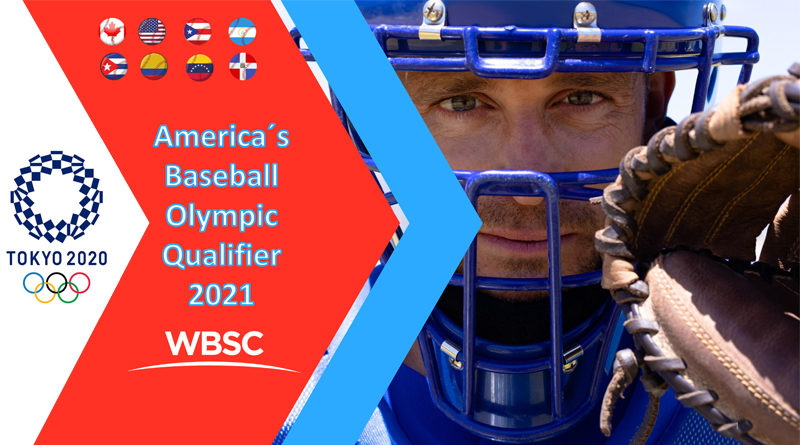 Baseball fans will witness the return of baseball to the Olympic Games with Tokyo 2020 which will be held this summer after being postponed last year due to the coronavirus pandemic. One of the most iconic sports in the world hadn’t competed in the Olympic’s since Beijing 2008 and now will not only return but the Americas may take a major role in it and you can support your country.

Eight national teams in the region will compete for a spot at the upcoming Olympic Games in the WBSC America’s Baseball Olympic Qualifier 2021 to take place from May 31st to June 5th, 2021 in Florida, United States.

“We have every confidence that Florida will host a fantastic sporting spectacle in June, in which the penultimate ticket to the Tokyo 2020 Olympic baseball competition will be up for grabs,” said WBSC (World Baseball Softball Confederation) President Ricardo Fraccari.

United States, Puerto Rico, Dominican Republic, Venezuela, Cuba, Canada, Nicaragua, and Colombia will play 16 games and the team with the best Super Round record will be the winner and become the fifth National Team to qualify for the Tokyo Olympic baseball tournament following world No.1 Japan, No.3 Korea, No.5 Mexico and No.18 Israel.

This event is one of the two remaining baseball qualifiers for the Olympic Games along with the WBSC Baseball Final Qualifier to be held from June 16 to 20, 2021. The second-and third-place teams resulting from Florida’s competition will play for the sixth and final place in Tokyo Olympics at Taichung and Douliu City.

The two teams from the Americas will compete against No. 4 Chinese Taipei, No. 6 Australia, No. 9 Netherlands, and No. 22 China. With this, the possibility of having three national teams representing the Americas in the Olympics has highly increased. Mexico already won a spot during the previous WBSC Premier12 that featured the 12 highest-ranked national baseball teams in the world and now two more teams can join it.

Florida, the perfect venue for an America’s baseball competition

The American continent can make history this year at Tokyo Olympics Games and what better venue to celebrate the American and Hispanic pride than Florida, which is conveniently located in close proximity to the eight participant national teams.

“Having carefully analyzed a wide range of locations, the WBSC was pleased to announce Florida as the host of the WBSC Baseball Americas Olympic Qualification Tournament,” said Fraccari. “The accessibility of the region/cities for participants to reach the tournament easily and safely was a key factor as well as the excellent level of services/hotels needed for a high-profile event like this.” Although the event was originally planned to take place in another state, Florida showed the kind of support and interest required for a competition of this nature, in addition, to be considered the home of a wide population of Hispanics and a baseball destination.

“Florida is home to some of the best baseball facilities in the world, which meet all the international standards required by the WBSC,” said Ricardo Fraccari.

While the stadiums and the competition schedule are yet to be confirmed, it was announced that WBSC will follow the proper guidelines to avoid the spread of the coronavirus.

“We also received the necessary guarantees that Florida could effectively implement the rigorous COVID-19 guidelines and protocols required for the safe and successful staging of the event. The safety of our athletes was the single-most-important factor when determining the location of the tournament,” said Fraccari.

All the measures will be aimed at protecting the wellbeing of not only athletes and staff members but fans including limiting capacity at the stadiums which are 8,000 seats. Up until now, only 20% of those seats are authorized to be used.

In addition, fans will have to comply with regular safety rules. “I want to reassure the people of Florida and all those taking part in the Qualifier that we will be implementing the strictest COVID-19 protocols, including rigorous testing of athletes and personnel before departure, on arrival, during the competition, and before returning home,” Fraccari explained.

Among the measures to be taken is the implementation of a strict protocol for athletes previous to their arrival in Florida according to which they must take a PCR test within a time span of no more than 48 hours before departure. Once in Florida, athletes will have to retake the test and quarantine until coming out negative. They won’t be able to leave the hotel until the start of the competition in which the contact will be limited.

For venues, prices, and competition schedule, fans can call the line (954) 204-3081, check the website www.aoqbaseball.com or the Facebook fan page www.facebook.com/AOQBaseball after April 9. The event will be televised nationally and in 22 countries.